Fishpond Piopod - "Pack It Out" 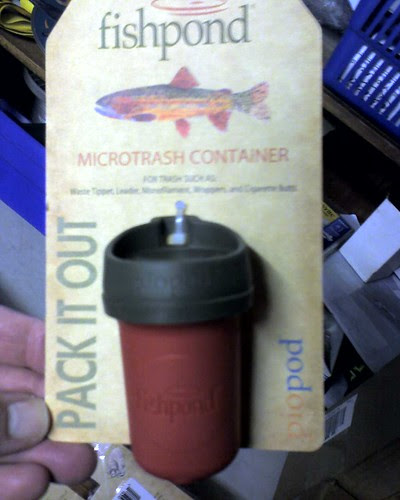 Fishpond Piopod Trash Receptacle, originally uploaded by Western Sport Shop.
One of the things that really gets to me is seeing packages with our price labels laying about on the ground. It doesn't happen that often, but up in the Marin lakes or down by the edge of the bay, I'll be fishing or hiking and come across a wadded up wrapper or package which a few weeks before was hanging on a peg in our store. Somehow, that seems to make us a part of the problem. I always pick them up, wonder a bit about someone who would toss that so easily down on the ground and then hope maybe it just fell and they didn't notice it. Still, it bugs me, and I was always taught to take one last look around and leave my surroundings a little better than how I found them.

The other thing which is a bit worse - probably more than "a bit worse" - is the number knotted up and tangled bits of monofilament which get left in the streams and waterways. Otherwise conscientious people think nothing of tossing a broken leader streamside or dropping it off the stern of the boat.

This stuff adds up, knots up, tangles fish and strangles birds. If you've ever seen one of those "ghost nets" or balled up tangles in the river, you know what I'm talking about.

So, when Fishpond showed us this little receptacle last year, we got pretty excited. It's simple - you clip it to your vest. When you snip off a leader or tippet, you wind it up and push it through the rubbery opening at the top. If you have to open a package, you can do the same with the wrapper. It keeps the trash compacted into a single place, rather than having it swimming around in the big pocket of your vest, where it can accidentally be pulled out when you grab another bit of gear.

It's simple, it's easy to use. We sold a bunch of these last fall when they were brand new, and we just got a bunch in with our new spring Fishpond order. Check 'em out, and more importantly - use one!
Posted by Jim @ WSS at 4:12 PM No comments:

Spring 2010 looks like it's going to be one of the best springs in years, for every thing from sturgeon, stripers, halibut, and maybe even salmon, to largemouth bass, smallmouth bass, trout, crappie, and catfish. In fact I can't think of a time of year I like better then March because everything is in front of me. It's like the moment when you see the waiter bring out your food and you can see him walking towards your table (YUMM).

A couple of sunny days and all of a sudden everyone is in buying lures and jigs for striped bass, baits and hooks for the lakes, and all kinds of early season plastics and spinner baits for largemouth.
Posted by Joe @ WSS at 9:38 PM No comments:

Did Someone Say "SALMON"?!?!?!
We just got word last night that the State of California should be opening up a limited Ocean Salmon sport fishing season on April 3, 2010.

We are working to confirm all of the specifics, but it appears that it will be a 30 Day season open within three miles of shore. Obviously, that's not the longest season we've ever heard of, and the prime schools may be a bit further out, but it does at least provide the opportunity to dust off your ocean gear and get out on the water!

We'll also give you the opportunity to respool your old line - SAVE 20% on all bulk line purchases for your ocean reel. Again, this is only until April 3, 2010 and may require leaving your reel to have the line wound on.
Posted by Jim @ WSS at 1:51 PM No comments: 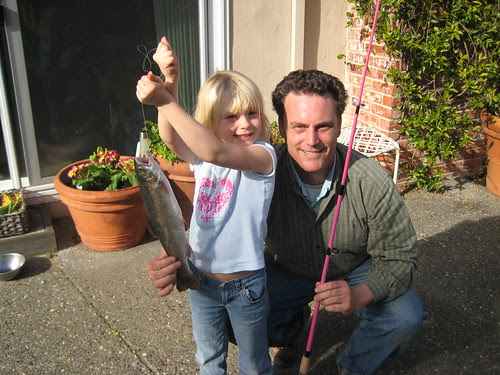